By Administrator on October 15, 2013 No Comments
GENERAL STUBBLEBINE’S URGENT MEMORANDUM
Solving Fukushima – Do or Die!
Series of Storms Battering Fukushima Coast
TEPCO: “…accumulated rainwater had been released from storage tanks…” 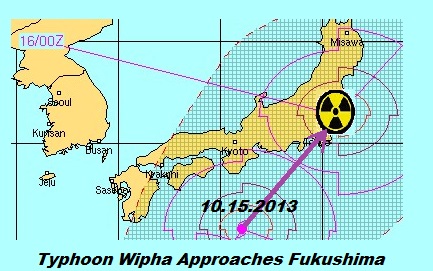 “AFP: Powerful Typhoon Wipha heads for Fukushima, TEPCO bracing for ‘inflows of water’ — Experts: Huge flood potential for area around plant — Forecast to grow and strengthen, up to 40-foot waves off Japan coast”*

Please note: Preliminary analysis indicates that weather information based on satellite feeds of Typhoon Wipha have been altered or modified to eliminate storm information at Fukushima. More on this here: http://drrimatruthreports.com/general-bert-analysis-hiding-fukushima-risks-in-plain-sight/

“I’m sure the IC SAFER project is the most important one out there.
I hope the enclosed small donation, $250.00, helps.” C.A.M 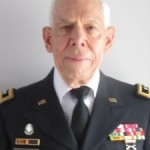 My career as a strategic analyst and my education as an engineer makes it clear that the facts are irrefutable and must be dealt with now or we die. All of us.

Those are strong words.

Here are the stark facts:

1. Fukushima Daiichi was built to fail. The Japanese Diet (Parliament) found conclusively that Fukushima’s failure was a combination of horrifyingly bad design and repeated, interlocking human error. But the sea wall was lower than the average tsunami wave, the back up generators were placed at sea level, the spent fuel pools were highly vulnerable to all kinds of disasters at 100 feet off the ground, the site is located over a massive aquifer and on and on and on.

2. Fukushima’s operator/owner, TEPCO, is incompetent and corrupt to the core, lying about the accident (if it was really an accident) from the first moments of the disaster, lying about the amount of radiation leaking, lying about the China Syndrome reality, hiring a decontamination company whose CEO ordered the dosimeter of workers to be covered with lead sheet to lower their readings, treating the workers with disregard and disdain, not housing or feeding them decently, insuring or providing them with proper preventive or after-exposure care.

3. The government of Japan has been in colossal collusion with TEPCO and the nuclear mafia, pressing forward to reopen nuclear plants after the shutdown caused by the Fukushima event, refusing to relocate people in Fukushima Prefecture whose lives were discarded by that act, lying to the citizens of Japan as if all were well when they were buying contaminated beef cheaply and feeding it to children all over Japan in their school lunches, trucking tsunami debri all over Japan and burning it in the open air, spreading the contamination as widely as possible, telling the Japanese people that if they smiled, radiation would not harm them, and allowing cataclysmic dumping of highly radioactive water into the largest body of water in the world, the Pacific, while denying the impact. At the same time, they have been insisting that Japan could handle the problem on its own and refusing to heed the pleas of Ambassador Murata as he begged for an international response.

4. The International community, including the United States and every other nuclear power, has turned its head away, refusing to either come forward to solve the problem, which requires a massive Anti-Manhattan Project to find the new technologies and develop the old ones which can solve the problem since there are no currently used technologies which can control, or remediate Fukushima.

So, unless we take Choice #1, allow things to go on as they are going now, until we are all damaged and dying thanks to the uncontrolled nuclear reactors at Fukushima (and how much longer before there are other uncontrolled reactors elsewhere, like the decades-long leaking Handord plant?).

There is only one option: we have to solve the problem.

If ever the Mission of the Natural Solutions Foundation, to discover, document, develop and disseminate natural solutions to the problems that beset us all were true, it is true for Fukushima.

And that is why I directed the Foundation Board of Trustees to create, in conjunction with, Ambassador Murata and Professor Chris Busby, IC SAFER, the International Commission to Study And Finalize Environmental Remediation.

My research shows clearly that there are currently unexploited mainstream technologies which have the potential of controlling and remediating Fukushima – forever. They can be applied to every other nuclear situation, including Chernobyl, whose sarcophagus is now breaking down.

I warned, a few weeks ago in our eBlast, about an “Extinction Level Event” from Fukushima. At that moment I was concerned about the dangerous radioactive ground water leakage; today I am concerned about the approaching Typhoon. Serious earthquakes continue to rattle the ruined structures. Destruction can come to Fukushima at any time, in many different ways. When? No one knows…

But we need to act now. Massive funding is necessary for the speedy and profound research needed to develop and generate safe, large scale applications of these technologies.

And smaller funding is, quite frankly, necessary right now to give us the preliminary staffing and resources necessary to save our lives, yours, mine, the planet’s.

By the way, there is no one else on the planet of whom I am aware thinking this way. And it is, to my mind, the only way to think.

I want you to click here, www.DrRimaTruthReports.com/donate, right now and give generously to create the resources, quickly, to allow us to carry out this special project.

How much should you give? You should give what you think saving your life and the life of people like you with families like yours would be worth.

You should make a tax deductible donation based on what that is worth. And you should make it a recurring donation so that we can move forward in setting up IC SAFER as an independent, international body that can bring old, new and leading edge technology to bear at Fukushima to do what every expert currently says is impossible: control and remediate Fukushima.

Here’s is that link again, www.DrRimaTruthReports.com/donate. Send this letter to your friends, colleagues, relatives and neighbors. They are as threatened by the massive radiation about to be made much worse by the “Typhoon of the Century” heading for Fukushima now as much as you are – a great, great deal.

So join me in being the solution we all need, instead of the victims of Fukushima, we all are currently. Action Item: http://tinyurl.com/FukushimaHope

Yours in health and freedom,

UPDATE: Typhoon Slams Japan: Causes More Radioactive Water Release at Fukushima
“TEPCO, which has been struggling to deal with a series of leaks at its Fukushima Daiichi nuclear plant, said workers at the plant were “on vigil” and accumulated rainwater had been released from storage tanks.”
http://www.cnn.com/2013/10/16/world/asia/japan-typhoon-deaths/ 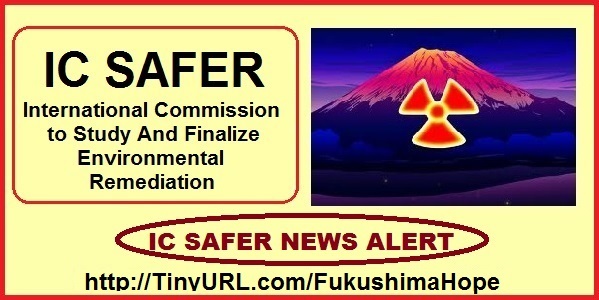